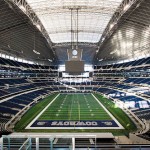 The Arizona Cardinals are a professional American football team based in Glendale, Arizona. They currently are members of the Western Division of the National Football Conference (NFC) in the National Football League (NFL). The Cardinals were founded in 1898, and are the oldest continuously run professional American football club in the United States.